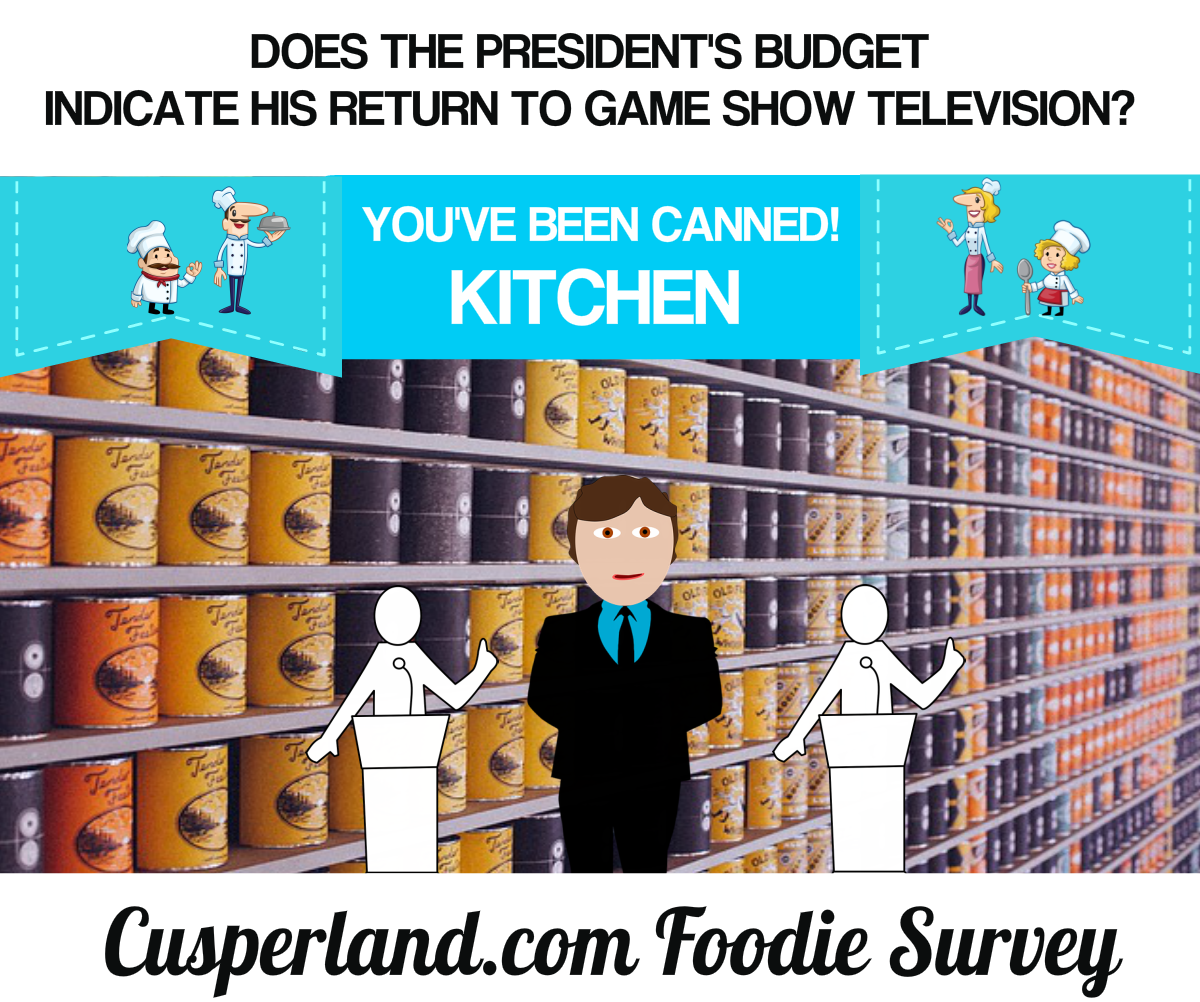 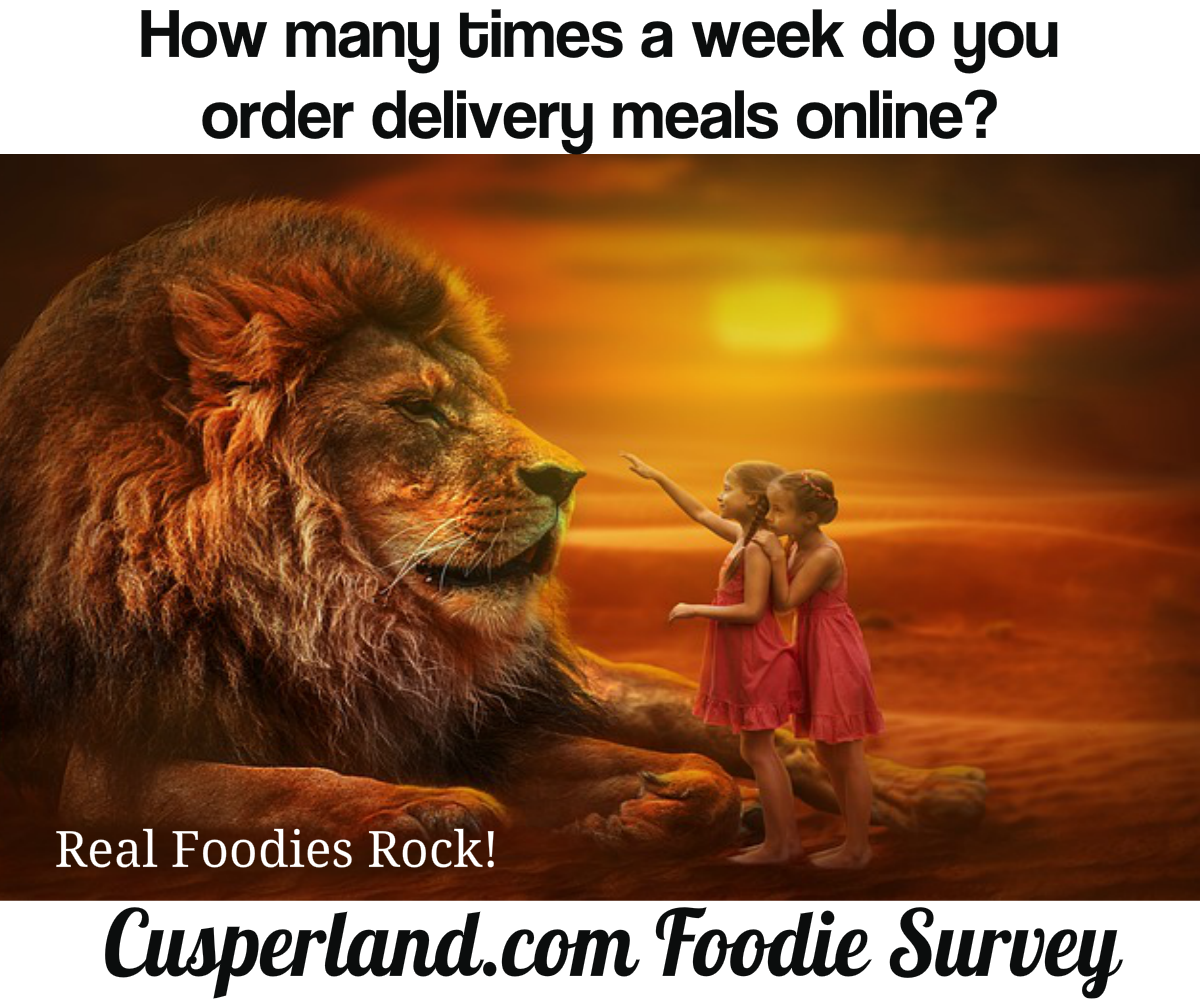 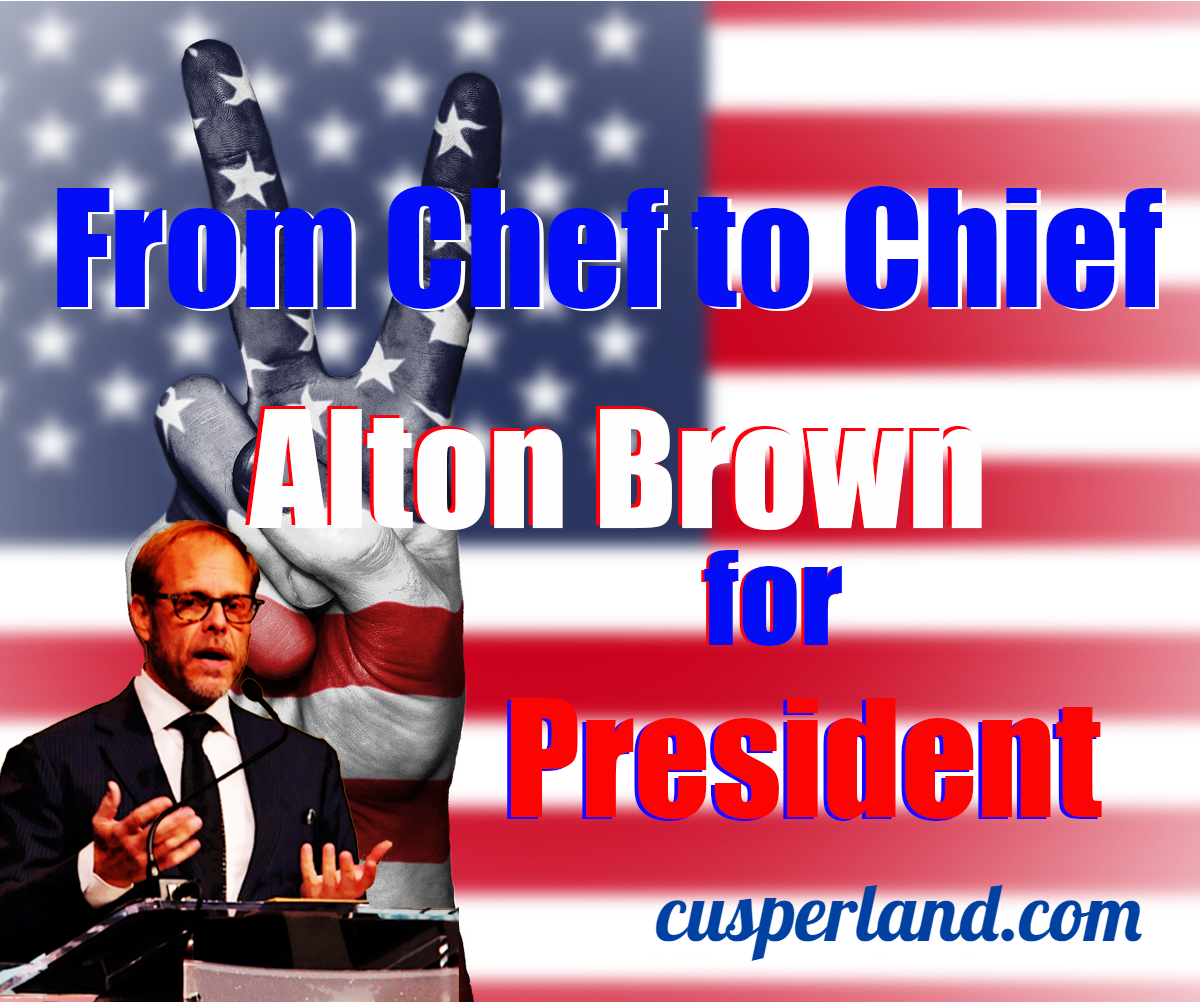 The appearance of Alton Brown’s name, image and references to him in NO WAY, SHAPE, OR FORM indicates his approval of, interest in, acknowledgement of, or anything to do with Cusperland.com, Cusper Lynn, Hell Bent Press, or the United States’ current political debacle.  We are sharing this image of a public personality whom we believe would better serve the people of the United States and the World in the role of Chef, Commander, and Chief.  We are informed by reliable sources that there are actually entire organizations that make MASSIVE amounts of money raising awareness about candidates or people they’d like to be candidates.  They do so by soliciting money to continue to market those people to the public without any approval of those potential candidates and NONE of the money goes to the candidate if they declare their candidacy.  We would never do such a thing.  However, we do have a book we’d like you to consider.  🙂